When the dotcom boom started in late 90’s no one saw the appeal of dividend stocks and their 2-3% gain. At a time when everything was going up in double digit percentages, dividend stocks was an unappealing option. As the times, and the market changed, people started coming back to dividend stocks in bunches. What was before seen as the boring option became the intelligent choice, as majority of growth in stocks started happening in the hands of private investors as venture capital continued to grow.

In the next few paragraphs we will discuss what a dividend is and why their surge in last two decades is warranted. This article should give you a better idea on the what, who, and whys of dividend stocks.

What is a dividend 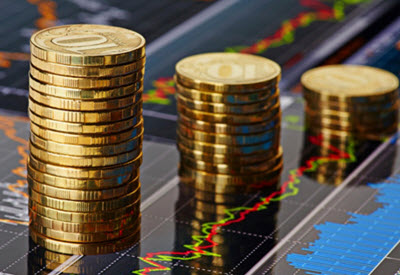 A dividend is a cash payment for a company’s earnings; announced by the company’s board of directors and distributed among stockholders. Basically, dividends are an investor’s share of a company’s profits, given to him or her as a part-owner of the company. Outside of options, dividends are the only way for investors to make money from their ownership without diluting their assets. When a company makes profits from operations, management can do one of two things with these profits, retain them by reinvesting in the company, or distribute a portion of the profits to shareholders in the form of dividends.

A stock dividend comes into play when a company short of liquid cash might choose to pay their shareholders in the form of additional shares rather than providing them with cash payments. These distributions are typically acknowledged in the form of fractions paid for existing share, for example, if a company issued a stock dividend of 0.08 shares for each single share held by existing shareholders.

Also known as “scrip dividend” stock dividends come into play when a company wants to award their shareholders but either lacks the capital to distribute or want to keep said capital for reinvesting in the company in form of other investments. Stock dividends also have a great advantage in the tax department, as they are not taxed until the shareholder makes the decision to sell their shares.

Stock dividends are approved by the board of a public company. While this reward might seem great for shareholders it does have its drawbacks. An example of the negative side of stock dividends would be, when a company gives its shareholders a 5% stock dividend. This means that current investors will get a new share of company stock for each 20 shares they already own. While this is great, it is done at a cost, as every new share issued by the company will come at the cost of diluting the value of existing shares. An investor with 200 shares might get 10 extra shares, but all of those 210 shares will be worth the same as the 200 shares investors had before.

Stock dividends are a company’s way of sharing the wealth, and it can be quite rewarding in the long run. While your shares value might be diluted now, if the company soars to new heights in the future, then the extra stocks you have will become very valuable.