Unless you’ve been living under a rock for the last few decades, or don’t owe a television, more than likely you have heard of the Dow Jones Standard. Its movements are a regular headline on most news channels and especially the financial news world. Whether the Dow Jones or the Dow rises, falls, surges, swoons, plunges, rallies or tanks it becomes news. If the Dow tanks then it can bring the richest of society to pull their hair out and reconsider their life choices.

In this article we will discuss what the Dow is and why it is a crucial bit of information to know and follow. 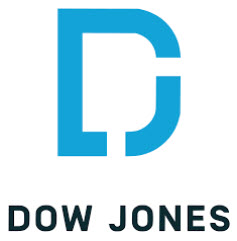 What is the Dow

While most people in the world might have heard of the Dow, not a lot of people could tell you what it actually is. The Dow or Dow Jones & Company is one of the largest business and financial news companies in the world. Dow Jones Industrial average is an index that gauges the stock performance of 30 large, well-known companies. To clarify further, a stock index is a compilation of any number of stocks, that have different prices, moving in different directions, that are represented by a single number.

Created in 1896 to bring a concept of transparency to the stock market, the Dow intends to offer a big-picture view of how the economic, business and political climates might affect the status of big companies seen as the bellwethers for the U.S. economy. Since its creation, 122 years ago, this index has become home to such giants of industry as Apple (AAPL), Nike (NKE), McDonald’s (MCD), and General Electric (GE).

How is Dow is decided

When people picture the Dow, they might think of NYSE with brokers screaming and fighting to match the best bid and ask prices on the floor. Actually, Dow does not occupy a physical location, in fact Dow moves through the decisions of three representatives from S&P Dow Jones indices and two representatives from the Wall Street Journal. This group of people meet twice a year and determine if there are any changes needed to the Dow index.

Technically, there are no set requirements for companies that they must meet to become part of the index. But, as Jamie Farmer, the director of S&P Dow Jones Indices, there are series of broader, qualitive benchmarks, companies must meet to qualify. Some of the qualities that Dow looks for includes, a strong reputation, a history of weathering economic storms and the ownership of majority of the company’s shares in the hands of the investors. Two other things that factor in to the equation, are the necessity of the company to get their sales mainly from the United States and be traded on the New York Stock Exchange or the NASDAQ.

Improving and changing with the times, the Dow now uses a mechanism called “divisor” to help calculate the singular, representative prices of the index’s stocks. The divisor helps stabilize the bumps in price that come from things like stock splits, or the addition or removal of stocks from the index. Another important thing to know is that, the Dow is price weighted, meaning higher-priced stocks have a bigger influence on the index than the lower-priced counterparts.

The Dow Jones Industrial average is one of the most watched stock indexes in the world for a very good reason. Carrying the weight of informing the world on 30 of the biggest companies out there is no easy task, and one that is deserving of the attention and importance it carries.