In the United States, a Money Market Found (MMF) is a low-risk high-liquidity mutual fund. Investors use money market funds when they want to make a low-risk investment and want the invested money to be easily accessible with short notice.

Typically, a Money Market Fund’s portfolio will consists of securities where the term is less than one year. High-quality, liquid debt and monetary instruments are favoured. Examples of instruments often found in the portfolios of money market funds are short-term municipal bonds, T-bills (a type of U.S. Treasury security), certificates of deposit (CDs) and short-term corporate commercial paper.

In the United States, Money Market Funds are regulated by the Investment Company Act of 1940.

In the U.S, a money market fund will not hold any debts where the maturity is longer than 397 days. The weighted average portfolio maturity is 90 days or less. If there is a change in interest rats, the fund managers can adjust quickly since they aren’t stuck with long-term debts.

Money market funds will normally only purchase debts with top-notch credit quality. Anything less than AAA rated debt is avoided.

Diversification is important and money market funds do not invest more than a maximum of 5% with any one issuer, except for when the issuer is the government.

How can I invest in a Money Market Found?

Shares in Money Market Funds are sold through many brokerage firms, online and offline. There are also many banks that can help you with a purchase.

Who invests in a Money Market Fund?

Anyone can invest in a Money Market Fund, but the typical investor is someone who wants low risk and who wants the invested money to be very easily accessible.

There are many no-load money market funds to chose from. Loads are fees that many mutual funds will charge you when you enter and/or exit the fund.

In the United States, municipal bonds are often favourable treated by federal and/or state tax law. Some money market funds are taking advantage of this by investing in municipal bonds where the interest earnings are tax-exempt. 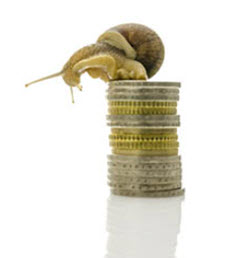 By investing in a Money Market Fund, you get low-risk and your money is immediately accessible when you need them. However, these two perks are linked to a low return on your investment. Because of this, Money Market Funds are not recommended for long-term investments. The convenience and the low-risk must be weighed against the risk of not growing your capital by much over time. A person investing for retirement can for instance find it hard to achieve a high enough growth rate with a Money Market Fund, which in turn can cause problems down the road when there isn’t enough money in the nest egg to ensure a reasonably comfortable retirement.

If you want federal deposit insurance, you can look into alternatives such as money market deposit accounts and certificates of deposit.

Until quite recently, it was very common for money market funds in the U.S to continuously maintain net asset value (NAV) of 1 USD per share.

During the financial crisis of 2008, fears of money market funds not being able to maintain the goal of $1 per share caused a scenario where a run on money market fund assets seemed likely. So far, only three money market funds in the U.S have failed to maintain their $1 per share target, and two of those did it during the financial crisis of 2008. The first occurrence was in 1994, when a small MMF paid out only 96 cents for every $1 invested. In 2008, one MMF fell to 97 cents the day after the Lehman Brothers Holdings Inc filed for bankruptcy. Not long thereafter, another MMF announced that it was liquidating due to redemptions. The following day, the United States Treasury launched a program to insure the holdings of publicly offered MMF.

To avoid problematic scenarios in the future, the U.S. Securities and Exchange Commission (SEC) changed the rules for MMFs. As of 2016, mangers of MMFs are required to utilize a floating NAV instead of a fixed $1 NAV. The new rules also place tighter restrictions on portfolio holdings and have introduced triggers for imposing liquidity fees and suspending redemptions. The overarching idea with the new rules is to make MMFs more stable and resilient.